Members of the Letterwinners Association can renew their annual membership automatically with the Auto Renewal function on the renewal page.

On the first screen of the renewal website, select your category of membership (Young Winner or Active Member), then select "Recurring" from the subcategory from the drop-down menu.

On the next page, under "Auto Renewal" click the box next to "Automatically renew this membership." Then complete the registration process and your membership will be renewed automatically each year. 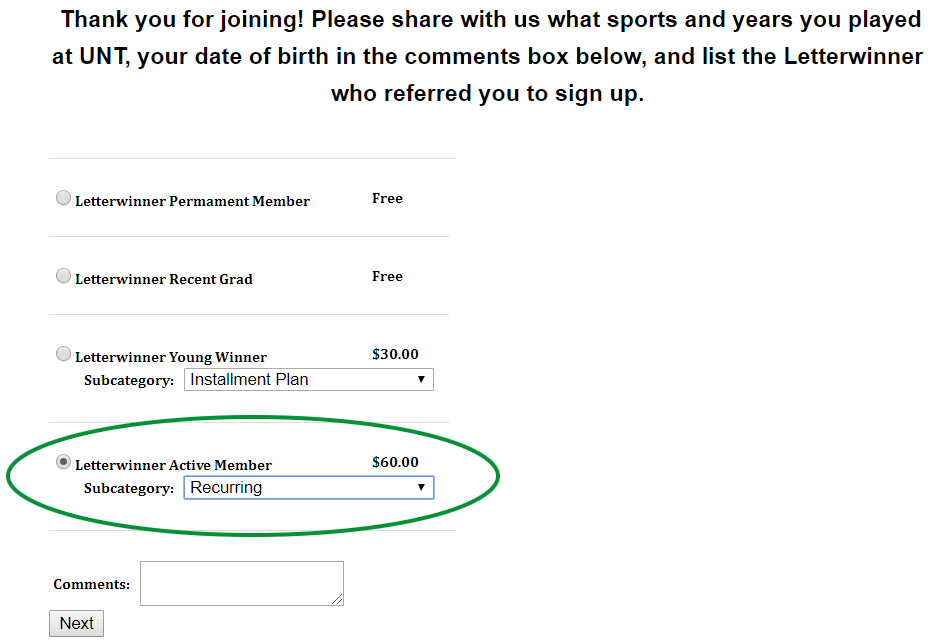 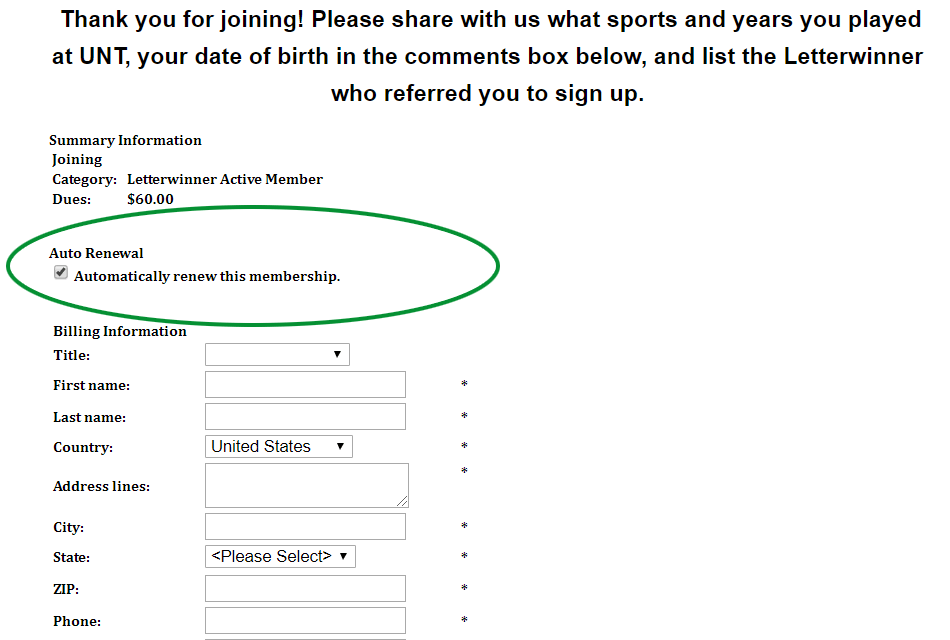 A century of Mean Green history is represented in the 2019 North Texas Athletics Hall of Fame Class, which was announced by the UNT Athletic Department June 4.

A pair of inductees in their first year of eligibility will enter the Hall alongside a pair of wide receivers who played 30 years apart, the greatest rebounder in Mean Green women's basketball history and one of the winningest coaches in school history who played a pivotal role in the early days of North Texas athletics.

The 2019 Hall of Fame inductees, voted by North Texas Letterwinners Association active members, Hall of Fame members and the Hall of Fame Selection Committee, are:

Click here for the complete story and inductee bios.

The 2019 class will be inducted on Friday, Oct. 18, in the Apogee Stadium HUB Club. Click here to purchase tickets to the Hall of Fame induction dinner.

Where Are They Now?

We are launching a new feature called "Where Are They Now," highlighting some of the notable names from our athletic past.

Thanks to my years of working on the Mean Green Radio Network and as an administrator at North Texas, I have forged some meaningful relationships with the student-athletes with whom I have worked from a variety of sports. Now, being charged with branding and enhancing our North Texas Letterwinners Association, I work with the NTLA Board of Directors, made up of former student-athletes from all 16 of UNT’s intercollegiate programs.

Our latest edition is on Lance White.

If you have any questions about the Letterwinners Association, please contact Hank Dickenson at 940-565-3339 or by email at Hank.Dickenson@unt.edu.